Ulysses – Law and Order The Sweet, David Essex Fleetwood Mac, The Beatles, Supergrass, The Faces, Humble Pie, The Darkness, T-Rex, Slade, even the Bay City Rollers all have one thing in common…

They all know how to write a catchy tune or two. 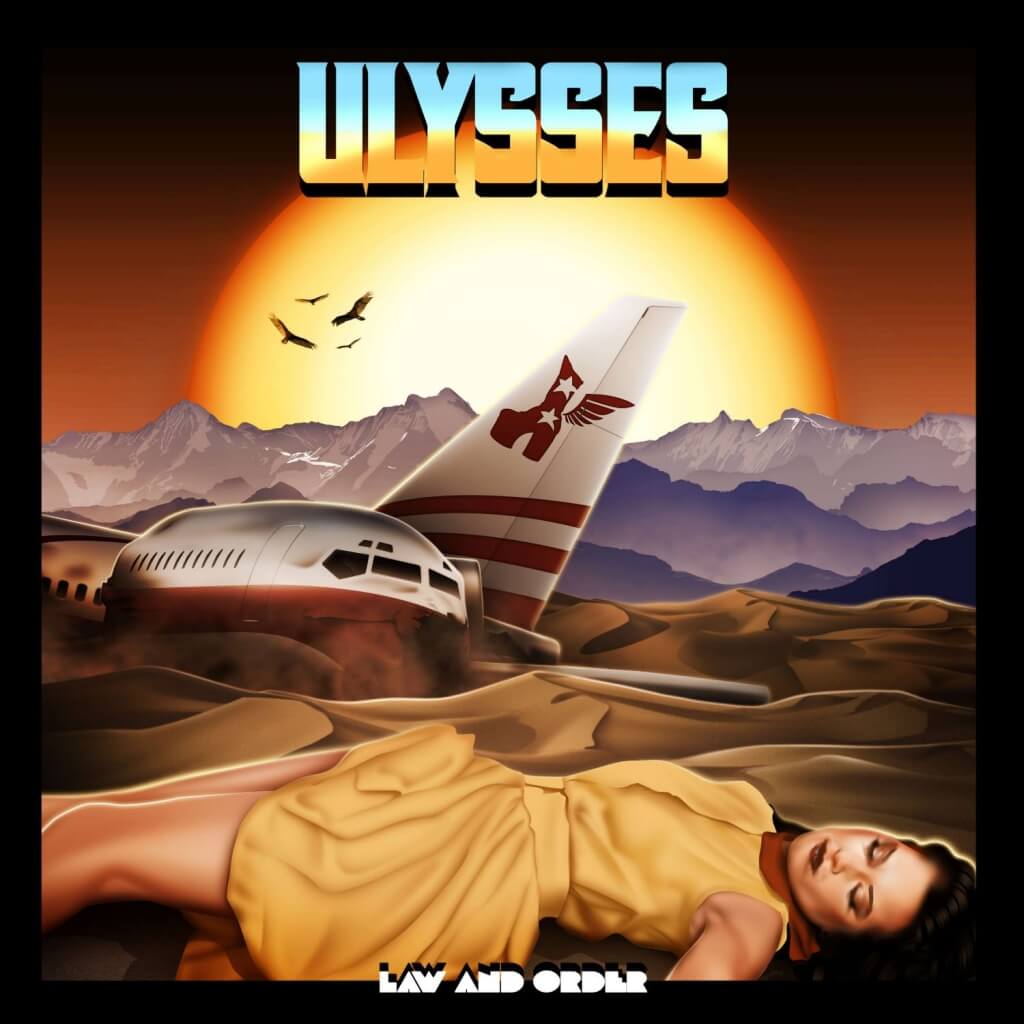 Well now they have something else in common… The soon to be MIGHTY Ulysses. You see, this band are on a mission to make sure we don’t forget them.

All the bands previously mentioned can be heard on Law and Order, the 3rd release by the Bath 4 piece. When Mrs Drawnell was released last year, I was instantly hooked. I then caught them live, supporting Purson in Bolton and the picture was complete.

These guys know how to have fun! They are pretty special live, and unusually, this also translates to hard copy too. Many bands/artists have tried to emulate the sounds of the 70’s with varying degrees of success but Ulysses have not only captured the sound, but the energy too.

My one year old boogies to Law&Order, my teenage Son loves Crazy Horses Ride the Snake. My Dad loves just about all of it.

There is a special skill in writing and arranging music like this and Ulysses have it in bucketloads. It sounds so simple to write a hook or a riff, but to craft it into what we have here takes genius. Lady, for instance, burrows deep and won’t let go, Mary Jane hits you like a sledgehammer, then tickles you for a bit, then resumes with the solid metal blows to the face.

It’s very pleasing and uplifting. There’s no negativity, no solemnity, just good vibes and expert musicianship. There’s a place for music like this, and that place should be at every single party from Southampton to The Shetlands. One of my highlights of the album is the collaboration with Rosalie Cunningham from Purson on Song That Needs to be Sung.

It’s more Fleetwood Mac than Fleetwood Mac! The time changes, the harmonies, the soaring guitars….It’s like Big love, Little Lies and The Chain wrapped up and given a big old snog from Homer (Simpson). Record of the Year for sure. Catch the boys live this year. I promise you, you won’t regret it. If you do, I’ll refund you myself!