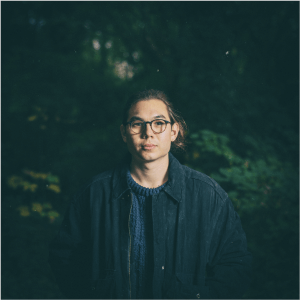 Chris spend much of his childhood in Hong Kong, before moving to London – drawn as so many others before him by the sounds of the Beatles and Led Zep, and later entranced by the likes of Laura Marling and Bon Iver.

Ever eschewing the formulaic, for Chris, songwriting is about trying to capture the moment of inspiration instead of formulating lyrics about a specific subject.

Written after coming out of a long term relationship, ‘Bends’ was produced by Chris with his friend and drummer Simeon Boys-Laten. It was mastered by Robin Schmidt (Ben Howard, Michael Kiwanuka, Jake Bugg).

“I knew I had something good but could never finish it”, says Chris of ‘Bends’. Written over the course of 2 years, it was “one of those songs you keep returning to, hoping lightning will strike.”

And it finally struck in the recording studio earlier this year, with Lee Slater (Manic Street Preachers, The Vaccines, Johnny Marr) engineering the sessions.