Men wearing makeup has been ruled out by general society for generation after generation, or has it?

This isn’t the way it’s always been. In actual fact, it wasn’t until the mid 1800’s that makeup became a one-gendered thing.

Society’s view on the topic has pointed towards makeup being a ‘girls only’ thing, and boys wearing makeup hasn’t been accepted to the standard it once. Is all of this changing? Have we gone complete full circle?

With the music industry constantly effecting how we live our lives, the clothes we wear, the way we carry ourselves and the way we feel, it’s no surprise that rock stars wearing makeup has slowly but surely trickled down to our high streets. 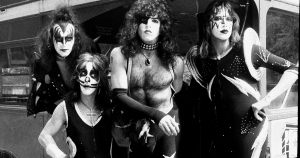 Throughout the 70’s and 80’s this trend wasn’t mainstream, but saved for those Rock ‘n’ Rollers and Artists. People like David Bowie, Prince and Steven Tyler often sported the look of flawless complexion and dazzling eyes. Some artists took this a step further, think KISS and their full-face makeup that gives them their highly recognisable signature look. Trademarking themselves through such a big statement of wearing heavy amounts of makeup on stage, and quite frankly, it was pretty fucking cool. Boy George, a name everyone is familiar with, definitely made a statement with his chosen look, a face that everyone would recognise. 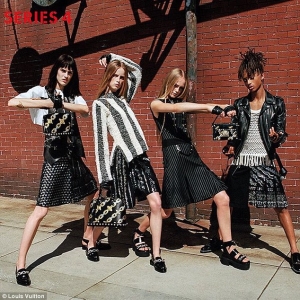 In the early/ mid 2000’s we were introduced to the phenomenon that is ‘guyliner’ this was a look populated by the ‘punk rockers’ which is no surprise as the whole punk rock persona is based around not giving a flying fuck, and changed the way we viewed men wearing makeup on stage. Some of the most influential celebrities/musicians rocked this look, for example, Ozzy Osbourne & Pete Wentz. Meterosexuality and the whole concept of it also began to enter the cultural consciousness at around the same time, causing beauty brands to create products targeted at men- for example YSL released male versions of the concealer Touche Éclat in 2008.

Social media in this day and age has allowed those male makeup gurus to express themselves the way they always should’ve been able to, and people are noticing. Major beauty companies such 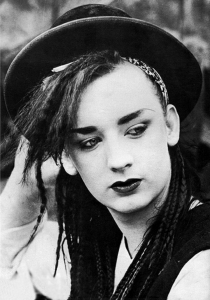 as Covergirl and Maybelline have recently announced male faces to their brands. With the public becoming increasingly aware of gender neutrality through the influence of music celebrities such as Jaden Smith – whom wore a skirt for a Louis Vuitton campaign, then continued on to be the brands first male face of their womenswear collection. It’s no wonder the acceptance of men wearing makeup is on the rise and increasing in popularity.

I personally think it’s absolutely awe-inspiring seeing this trend doing a full circle and going back to the idea of men being able to express themselves in any way they choose. 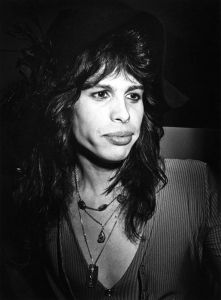