AFI Announce New EP With The Release of New Track 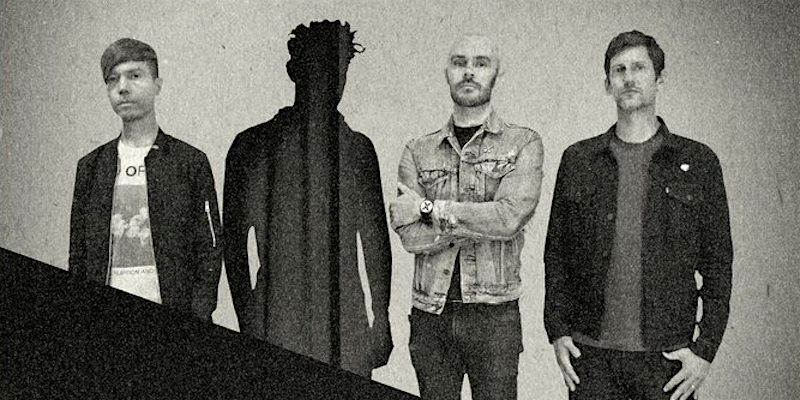 We have had to take the weekend to digest last week’s wave of new releases. Some were those hoped for, unexpected track that on arrival gave our emotions quite the sucker punch.

One of the most anticipated releases came from or favourite providers of post hardcore, emo, and alternative punk rock; AFI (A Fire Inside). The Californian band have been tearing our hearts apart for the more than two decades, something they took to the next level on their social media last week. Across different accounts AFI stated deleting content, sending AFI into a tizzy over what this could mean. Artwork was post with band members Adam Carson, Hunter Burgan and Jade Puget clear and present while front man Davey Havok was merely a silhouette.
What did this erasing of Davey Havock mean, was he leaving AFI? Was this an artistic way of announcing that AFI were disbanding? Or was Davey Havock simply missing in reality? So many questions.

Fortunately, on 26th October 2018 we had the news, and the news was great, a new single Get Dark had dropped on the bands social media accounts.

Talking about the new single, Havok explained “From the initial performance and recording, it had a driving sense of forward movement and penetrating connection. The song’s themes of deification and deference, self-loathing and vanity, captivation and release, damage and healing, are posed in a subtle invitation to those inherently compelled to accept.”

Indeed, Get Dark is a three-minute metronomic powerhouse of distorted directness, that displays some vivid new wave credentials, alongside that unique AFI intensity you can’t help but be completely absorbed by.

Produced and mixed by guitarist Jade Puget, shared these insights “I was aiming for something a little raw for Get Dark. In fact, I used most of the vocal takes from the very first time Davey sang it, as well as some of my guitar parts from when we were writing it. The song is built on the sparseness and simplicity of the verse drum groove and guitar riff that opens up into this big anthemic chorus. For the EP, the same idea of a certain rawness was really important to the overall vibe. I feel like it’s easy to turn out a slick, polished set of songs, but to walk that fine line between studio creation and live sound can be difficult. It’s been an intense labor of love and we can’t wait for everyone to hear it.”

Yes, you read correctly, Get Dark is a taster for a new EP titled; The Missing Man. Now the misplaced Havok artwork makes perfect sense. “Thanks to the unexpected continuation of The Blood Tour, we found ourselves inspired to begin writing,” Havok shares “It was during this process that The Missing Man was found.”

The five song EP, in ear marked to be released on 7th December 2018. The listing of the EP is Trash Bat, Break Angels, Back Into The Sun, Get Dark and closing with the title track The Missing Man. Interested in a pre-order? There are currently a variety of EP bundles available for pre-order, including a rare limited number of signed lithographs, on AFI’s US store. With AFI observing the release with two intimate California shows in December; we hope that this creative activity and new-found potency bodes well for an AFI UK and European Tour and possibly, dare we dream, a new album in 2019.