Following singer Niels Beier’s exit from the band in late 2017, it was unclear how the band would proceed, and if they were even going to. Beier’s extremely strong vocals were a very strong selling point for the Danish hard rock band. But the remaining members, brothers Jack & Mike Svendsen (guitar & drums), and bassist René Hjelm, have brewed something up in all secrecy ever since, while wailing in the band Volt with the Svendsen brothers’ dad.

And The New Singer Is

While searching intensely for a replacement singer that fit the bill, and trying out several different candidates, the final choice fell within their own ranks, in the form of bassist René Hjelm. The first single from Black Oak County version 2.0, “Pretty Pistol”, is out on August 24., and is quite a new sound from the Esbjerg natives. 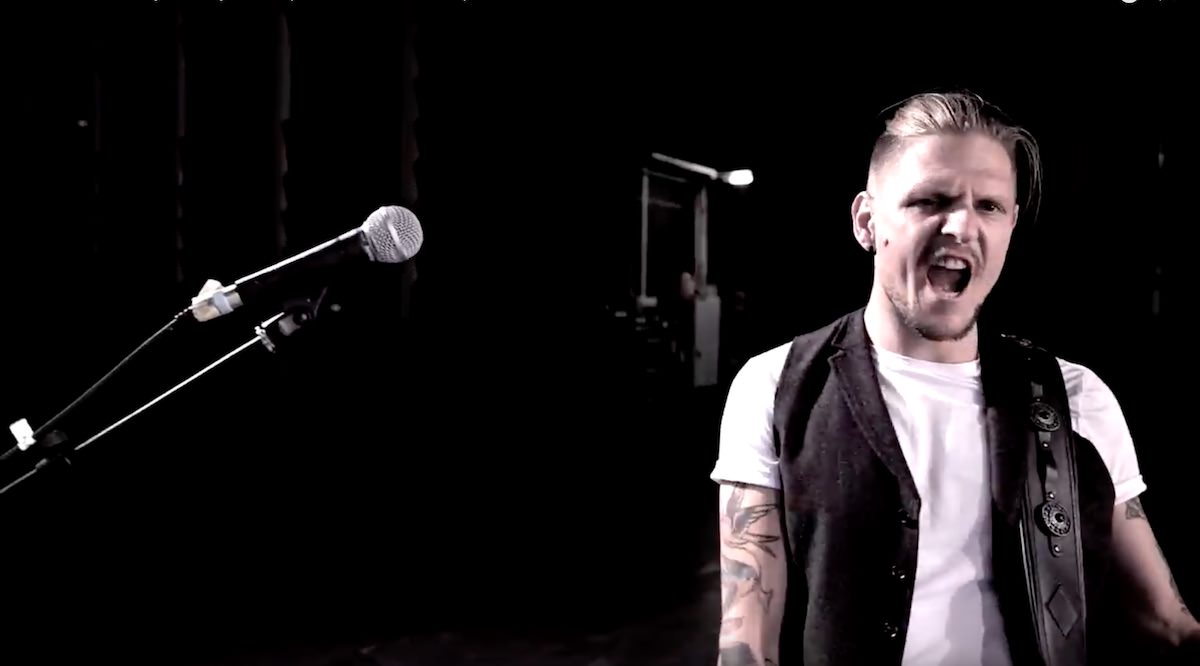 “New” singer from their own ranks: René Hjelm

It’s still very much recognisable as Black Oak County, but with an updated sound, of course especially from the vocals side. Beier’s voice was primal powerful and raw, while Hjelm provides a cleaner and more “singing” voice. A more modern voice, in lack of better words. Not that Beier’s contribution was negligible in that regard by any means – we all miss him for his gut-wrenching roar – but Hjelm’s more-than-competent input is by no means something to be overlooked.

“Pretty Pistol” is a classic first-single track. While their first album was dripping with southern US hard rock flavours, this one sounds a lot more modern. And it’s not just because of the new style of vocals – we’ve got a smoother sound, a more balanced expression, and everything about it just feels “version 2.0” like. And I’m not saying this like it’s a bad thing (by no means!), but it’s a fitting natural progression for a band like Black Oak County. We’ve still got the heavy and steady flow and skilful fills from drummer Mike, and the heavy Slash vibes from guitarist Jack. Elements from Stone Temple Pilots flies past my ears for one thing, while retaining that B.O.C sound. I like where this is going… 😉

It’s a bright future for Black Oak County, let’s see them on some of the bigger stages in Denmark, and abroad. I can certainly validate these guys as someone who can fill out even the biggest stages. Speaking of, as a little insider-info, I can say that there’s a “secret” gig coming up with the new B.O.C. I’m not gonna tell you when and where, but I’ll be there, and it’s soon ;), and it’s gonna be exciting to see how they manage twin-guitar songs from the new single-guitar constellation.

“Pretty Pistol” is out on Mighty Music on August 24. on all platforms.

Meanwhile, do check out “Pretty Pistol” in this new video: