Skip to content
Explosions In The Sky Come To The UK!

Explosions In The Sky mark 20th anniversary with HUGE tour!

To mark their 20th Anniversary, Explosions In The Sky are currently on a massive USA tour and will come to Europe early next year for huge shows in Portugal, Spain, Italy, Switzerland, France, Belgium, Germany, Holland, Denmark, Sweden and, of course, the UK and Ireland, including a celebratory event at London Eventim Apollo on Sat 15th Feb.

Hailing from the sultry metropolitan landscape of Austin, TX, Explosions In The Sky are some of the sincerest folks you will ever meet.

Aside from being nice guys, they play some of the most passionate, powerful instrumental music you will ever hear.

Equal parts romance and tragedy, their beautiful melodies have a tendency to ignite into head-spinning walls of noise. 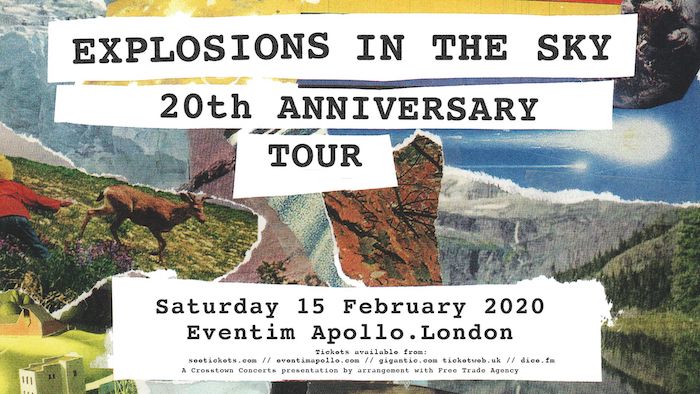 One of the most intense live bands ever to grace a stage, their sound proves to be every bit as triumphant as their name implies. Full tour listings and tickets available here

Explosions In The Sky Albums