We have something of a passion for Pengshui with their impressive collaboration of resolute basslines, ferocious rhythms which bolster some incredible raw vocals. Their opening set at Download boasted a packed tent and impressive audience interaction was perfection.

Pengshui don’t care much for barriers. Well, how else do you end up with a bulldozing ambush of riffs and aggressive raps that smash the walls between grime and punk?

“It’s this unhinged, loud sound that actually came about pretty organically,” explains the band’s bassist and producer Fatty. “We mash up the sub bass, those 140bpm tempos of grime with the attitude and live energy of punk.”

Vocalist Illaman adding “After all, grime is the new punk. You go to a grime night now and everyone’s moshing. Grime and punk are both made up of people with something to say politically and personally, who’ve got this DIY spirit and desire to fuck shit up.”

Penshui’s Molotov cocktail combination of genres is creating a fast-growing fan base – were certainly on board – since forming a little over a year ago. The band released their first single Control in June 2018 and the trio have since released a further four singles; Don’t Like Me, No Time, Ramp or Play, Nobody Cares.

The band are currently putting the final touches to their forthcoming debut album and looking forward to playing at 2000Trees Festival, NozStock Festival and Boomtown this summer. 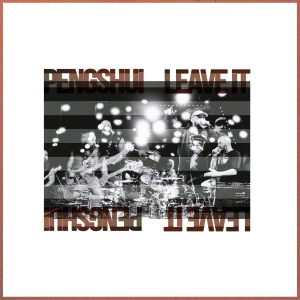