Dance Gavin Dance have announced they will be playing this year’s Slam Dunk Festival as well as announcing European headline shows for May.

The Californian five-piece last played the Uk back in Spring 2018.

Since their inception in 2005, Dance Gavin Dance has steadily built a huge cult following. Blending complex instrumentation with huge poppy choruses and raw, aggressive screams, they have fathered an entire genre of their own characterized by their signature combination of elements of post-hardcore, math-rock, progressive-rock, and post-rock. This has become aptly named Swancore after the band’s virtuoso guitarist, Will Swan and his record label Blue Swan Records.

Talking about playing the UK festival the band shared “We are thrilled to be part of the upcoming Slam Dunk Festival, as well as playing a few headline shows in mainland Europe right after. These are the only scheduled shows for that region this summer, so if our European fans are ready to see us perform a full headline set in an intimate setting, this would be your chance!” 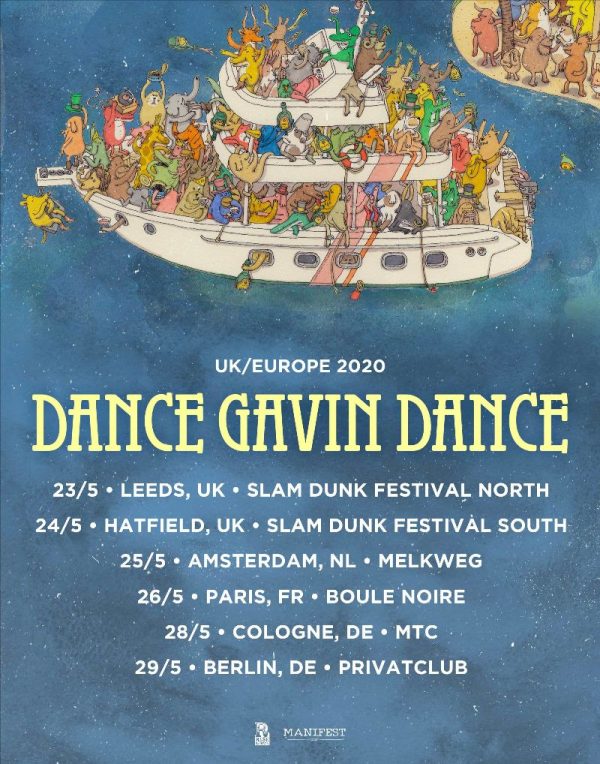