The 2010’s were a mix with music, but there was plenty of good rock, indie and alternative released in those 10 years.

With the likes of Arctic Monkeys, The Black Keys, and Foo Fighters all releasing albums, there’s plenty to pick from, and some bands released their bast material in these 10 years.

Metallica – Hardwired… To Self Destruct. 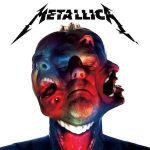 It was released in 2016, and the first new Metallica material fans had the pleasure of hearing in eight years, but it was definitely worth the lengthy wait. ‘Hardwired.. To Self Destruct’ delivered some of the bands best music since the height of their career, and gave a sense that James Hetfield and Co. still had it in them to deliver incredible music. They were once again the band on the edge of everyone’s lips, and it actually felt quite nostalgic to have the band be at the fore front of conversation once again. The album, which is now nearly four years old, is still being toured by the band. It is set to end in December 2020, but that may change. 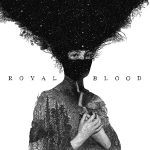 The debut album by Brighton rock duo, Royal Blood, and what a first album it was. It set them in good stead for their career, and they soon shot to world wide fame off the back of this release. It brought back a sense that Rock’n’Roll was not dead, and was going to be revived by this band. And it was. The album is still listened to in the masses today, when you see them live, the songs off this album get the crowd going like nothing else, it was a perfect debut from them. The album featured some of the best riffs since the height of rock in the 1970’s, and it was pretty much a brand new sound, that no band had really gone for before. The bass played like a guitar in fine fashion by Mike Kerr, and there’s nothing better than hearing the pounding drums of Ben Thatcher. Yes, it’s got  bits of blues, and that classic rock vibe to it, but the way it was executed was unlike pretty much anything done before. 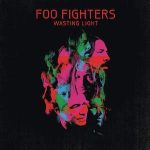 The band that will never go away, Foo Fighters are now celebrating 25 years of making their incredible music. Led by the insanely energetic Dave Grohl, and backed by one of the best collections of musicians in recent years, Foo Fighters released some incredible music in the 2010’s, Wasting Light is the best example of that. The album contains songs which are now key parts of the bands live setlist, such as ‘Walk’ and ‘These Days’, but the album also contains some of their best hidden gems, ‘Dear Rosemary’ for example is a personal favourite Foo’s track, ‘Back & Forth’ also a great song, sadly overlooked, not because of the quality of the song, but because the album it’s on is so good. 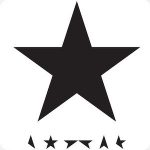 One final huzzah from one of the greatest musicians to ever grace the earth. This album will forever be in the memories of fans of Bowie, released just two days prior to him losing the battle to liver cancer, the album was Bowie’s final goodbye to the world. It’s not his death which makes the album so good and so memorable though, it’s the quality of the tracks within. Admittedly, the tracks are littered with hints to his death, but from a purely musical point of view, it was some of his best work in years. Only seven tracks long, but there isn’t a wasted second in any of those tracks. They are all filled with Bowie goodness, a certain quirkinesses that only Bowie was brave enough to ever go for, especially as the swan song of his career. This album can’t be discussed without discussing the video which accompanied track three on the album, ‘Lazarus’. It’s quite obviously Bowie’s final goodbye, and a haunting, yet beautiful masterpiece. It’s hard to watch, seeing him looking so ill, yet you can’t take your eyes off it for a second.

Idles – Joy As An Act Of Resistance 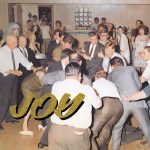 After great success with their first album, Idles had big shoes to fill with album number two, and they filled them with ease. It’s never easy for a band to continue from a successful second album, but Idles managed it perfectly, despite the tragedies which faced vocalist Joe Talbot during the making of this album. They tackle all things wrong with the world, in their political punk masterpiece, and it is a perfect middle finger up at everything which is wrong with the world, from immigration to Brexit, class wars to toxic masculinity, there’s something in this album which flicks the v’s at pretty much everything. 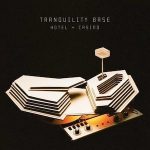 When it was released back in 2018, it was a shock to the system for Arctic Monkeys fans. They were pumped up expecting another indie masterpiece from the band that helped to revive, and reignite the indie scene. Alex Turner had something else up his sleeve though, and instead released what can only be described as an album of jazzy, glam rock. It’s a step out an incredibly safe comfort zone, and a step into the world of the unknown. A risk, which in my opinion paid off. It saw them throw one of the biggest curveballs in recent musical history, and they’re a better band for producing such a clever album. 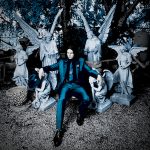 Jack White has had an incredible career. Starting in the 90’s with The White Stripes, continuing on into the 2000’s with Raconteurs and The Dead Weather, and then finally in the 2010’s, we saw White take his first steps into a solo career. Releasing his first solo album, ‘Blunderbuss’ in 2012, then following that up in 2014 with, ‘Lazaretto’, Jack White proved he was going nowhere anytime soon. This album showed how heavy rock can be incorporated into other genres, creating something rather spectacular. It’s littered with incredible riffs, and one of the most in depth backing bands you will ever hear. 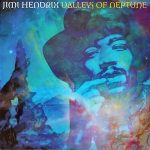 An artist you didn’t think you would see on a list of albums released in the 2010’s, Hendrix’s previously unreleased studio recordings went onto an album in 2010, creating the posthumous album, ‘Valleys Of Neptune’. Whilst some of the tracks had been released before, this was the first time a clear, quality recording of the tracks had been released. The tracks were mostly recorded in 1969, during the recording of the ‘Electric Ladyland’ album, so the band on the album is Mitch Mitchell, and Noel Redding. 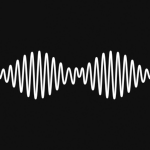 Now then, there’s already one Arctic Monkeys album on this list, but this band helped to define the past 20 years of music, and released 3 albums in this decade, so it’s only fair they get two slots. No list of 2010’s albums is complete without ‘AM’. It was the album which saw the band shoot back to the popularity of their earliest material, if not further. The band skyrocketed through the world off the back of the success of this album, gaining fans all over the globe. It’s the album where I first heard the Arctic Monkeys, and the same goes for a lot of people. It’s one of the best selling vinyl albums of the decade, and won the band an incredible amount of awards. 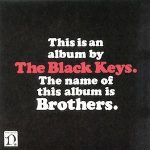 The 5th album by Black Keys, ‘Brothers’ contained some of the career defining tunes for The Black Keys, such as “Howlin’ For You” and ‘Tighten Up’. This album, and the band, helped to keep Rock flowing throughout the 2010’s, influencing some of the current biggest names in rock music in recent years, Royal Blood being a prime example of what wouldn’t have happened had it not been for the music this band released.

This list wasn’t in any order, and there are many more we could have picked to go into the list. Although it may not seem like it when you talk about the decade from a rock music point of view, there are some hidden gems in this decade.