Anorak Patch are a band you may not have heard of, but prepare to hear a lot more about these guys. Already championed by BBC Radio 6, BBC Radio 1, Radio X and more, as well as being picked up by Nice Swan Records so early in their career, it’s more than obvious where this band are likely to be heading.

The band really are fresh to the scene, with new single ‘Delilah’ following on from breakout tracks ‘6 Week Party’, ‘Irate’, and ‘Blue Jeans’. So with just a handful of tracks under their belt, it does come as a bit of surprise that they are already getting such a momentum behind them with the help of Radio’s biggest names. Or at least, it’s a surprise until you listen to this latest single, and as soon as you do, it becomes apparent just what this band have to offer to the music scene.

‘Delilah’ has hints of Sam Fender intertwined with early Black Honey, and it’s a leasing combination. If they manage to keep hold of the sound and tones which they have captured within this track, there’s no doubt they will soon be following in the footsteps of some of their label counterparts, which includes Sports Team, Hotel Lux and FUR. 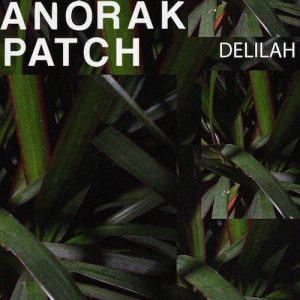 On the track, the band say, ​​“Delilah is a story. It’s about a girl who’s struggling her way through life…the song is sort of a snapshot of how difficult life can be when you are in a bad headspace without good people around you. It’s a lonely place to be. The ‘town’ is just a reference to wanting something more than the place you grew up in…I guess in that sense it’s a little autobiographical. We are from a little place in Essex, it’s not a bad place, but we collectively dream that by playing our music we will have a chance to move out of its orbit.”

The new single is available to pre-order on 7” with ‘Blue Jeans’ as the B-Side, and will be out the week of 13th December. Pre-order HERE.

Anorak Patch are also set to perform their debut headline shows, including in their hometown of Colchester next month, and in London next year.