Skip to content
Bullet For My Valentine Release New Single

The New Single Is Taken From Their Upcoming Album

‘Rainbow Veins’ has dropped today, with the video going live from 10am on Monday!

Bullet For My Valentine have today released ‘Rainbow Veins’, the new single which has been taken from their upcoming self-titled album, which will now release on 5th November, following a two week production delay due to COVID related issues. The band are also touring the UK in November, with support for those dates coming from Tesseract and Bleed From Within.

Releasing a statement on the new single, the band have said “Rainbow Veins is out now and we couldn’t be happier for you guys to finally hear it. It is one of our favourite tracks from the upcoming album and we’re sure it’ll be one of yours too. Turn it up!” 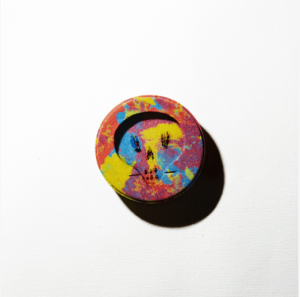 The new album is the product of two years work for the band, as Matt Tuck began writing the material in September 2019, before covid brought things to a halt in the early months of 2020. Matt then got together with producer Carl Brown who has worked with the band for a while, and began to work on the album again. They worked together at Treehouse Studios in Chesterfield, where the band then recorded the album.

Pre-orders for Bullet For My Valentine‘s seventh studio album are currently live. Special bundle options are available, including a unique clipping from the backdrop used on the bands ‘Venom‘ world tour from 2015 – 2017, t-shirts, hoodies, gold & silver cassettes, and limited vinyl. Order your copy HERE.

The track listing for the self titled album looks like this:

Four tracks from the album, ‘Parasite’, ‘Knives’, ‘Rainbow Veins’ and ‘Shatter’ are available to listen to now via streaming services, and those who pre-order the album get an instant download code for each track.

Bullet For My Valentine begin their UK tour on October 31st with a performance in Nottingham, the 7 date tour will then take them across the country, and will include a performance at Manchester’s O2 Victoria Warehouse. See the full schedule below, which also includes their European dates for early 2022.