US hardcore heroes Every Time I Die have announced details of a 2022 UK tour.

The tour will take place in January and February next year and if that wasn’t exciting enough the supports just as breathtaking as the main act.

The Buffalo, New York band have been forging their own musical path for over 20 years; since establishing in 1998. Every Time I Die has released eight studio albums, the last Low Teens in 2016, which boasted guest vocal from Tim Singer and Panic At The Disco’s Brendon Urie.

The 2022 tour starts in Brighton at Chalk on Thursday 27 January 2022 and continues as follows:

Supporting Every Time I Die on the tour will be Californian hardcore punks The Bronx, chaotic metalcore masters Jesus Piece and the dynamic metalcore band Sanction.

The tickets will be going on sale Friday, April 16th at 9 am UK time via the usual online ticket retailers including Ticketmaster (link here) and See Tickets (link here). 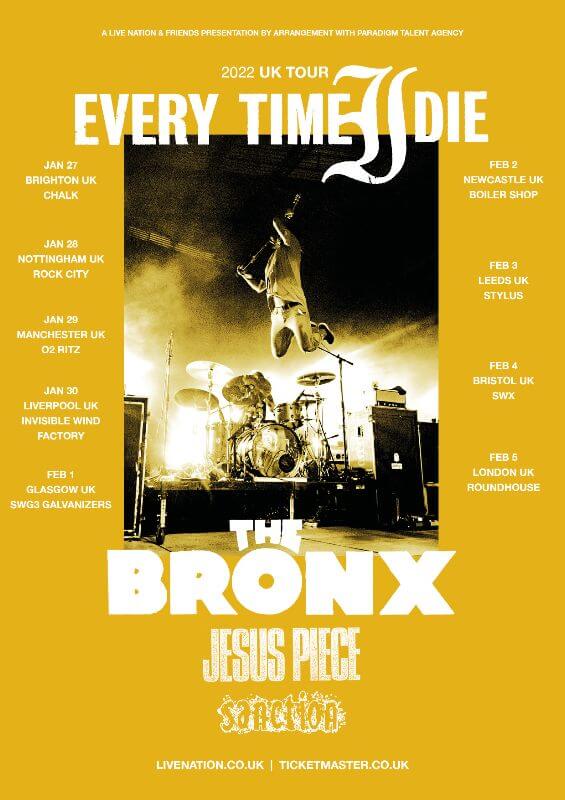