The band are currently on tour in the UK with dates in Manchester, Leeds, Birmingham among the cities they’ll be playing.

The EP was produced by co-vocalist Jim Shaw & lyrically explores a more personal approach with the band bottling the anxieties and frustrations of their everyday lives. Woozy openly tackles depression, Good Life takes on societal corruption and the distribution of wealth, while elsewhere the band address the pursuit of happiness in a modern world.

“These songs are honest,” shares Han Mee. “I have nothing to hide. It’s the world we live in, it makes people sad. Capitalism. Is it broken? 100 per cent. I’m angry that the fact that we’re sold a world that actually doesn’t make you have inner peace. Humans need love and community and a lot of the time, there is no love and the community has dissolved.”

“We’re angry, both politically and existentially in terms of the system we now live in. But also, we’re angry at the fact that we’re sad quite a lot,” continues Han. “But we’re trying to not just sit there and take it. We’re trying to fix it, by building a family through this band.”

“Life is fragile,” says Jim. “You can’t take things with you, but you can make the best memories. That’s the most important thing in life. Your currency is your memory. What you can take with you is something that absolutely makes the blood pump round your veins and gives you goosebumps,” agrees Han. “That’s what this band is to us. It’s our passion. That’s what this EP is about.”

The band are currently on tour in the UK as follows:

Tickets can be found via usual retailers including See Tickets (link here), direct from venues and for sold-out dates consider Twickets before high-cost secondary ticket sites. 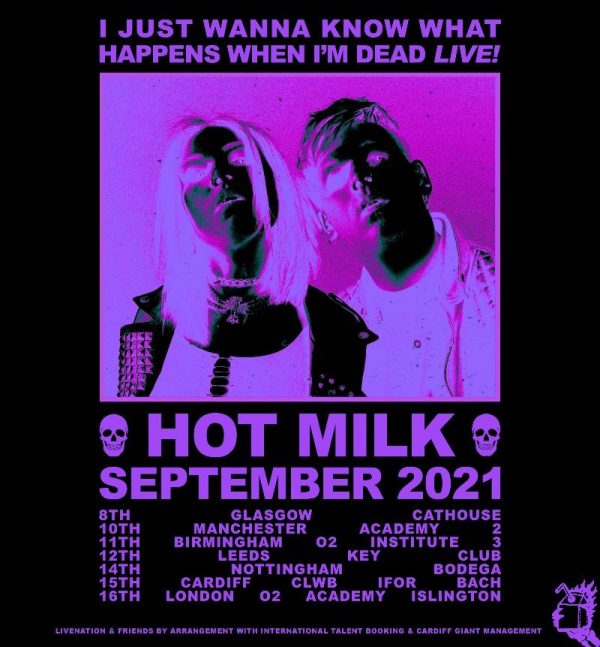