An extra London date, as well as a night in Liverpool have been added to the tour

Originally, Richard Ashcroft had planned just two acoustic dates, both in London, for Autumn 2021, however due to demand, 2 extra dates have been added to extend the run of gigs. Ashcroft will now play Liverpool M&S Bank Arena on 29th October, and London’s Royal Albert Hall on 1st November 2021. These two dates are extras to the two previous dates, both at the London Palladium, on 16th/17th October 2021. 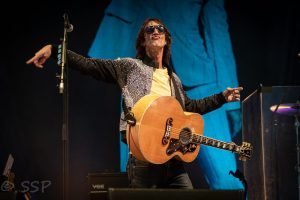 The dates are set to take a trip through Ashcroft’s extensive career, and will include solo gigs and tracks from his days as part of The Verve. The two-time Ivor Novello winner has released five Top 5 solo albums, including the #1 debut ‘Alone With Everybody’ and his most recent set, 2018’s ‘Natural Rebel’. He rose to fame as frontman of The Verve, with who he released one of the biggest albums of the 1990’s, ‘Urban Hymns’ as well as a succession of anthems which remain staples of his live set today.

He has been busy in the studio working on music ahead of some new releases that will follow next year.

Tickets for the two extra dates go on sale on Friday 11th June, and are available here! The initial two dates for the London Palladium have sold out, so be sure to grab tickets for the new dates quickly, as they are sure to sell out too!