The Album Will Be Out In October!

The release will be followed by UK live dates!

The Darkness have been around 21 years now, and in that time, have released some great music in 6 albums. So fans will be pleased to hear that the band will be delivering album number 7 in October of this year. The band confirmed the news this morning via their socials, announcing that the album will release 15th October, with their live dates to promote the album beginning just over a month later.

The album is titled, ‘Motorheart’ and is available to pre-order from their website. As is tradition these days, the album is being made available in multiple formats, such as CD, Heavyweight Black Vinyl, Coloured Vinyl and Cassette! With each pre-order, you get access to pre-sale tickets for the live shows. 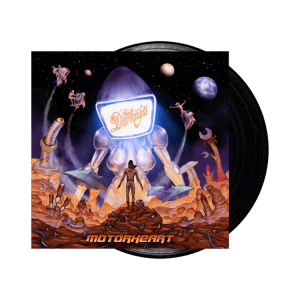 Their tour will kick off on 17th November in Brighton, and will run for a month, finishing on 17th December at London’s Shepherds Bush Empire. Their tour bus will stop off all around the UK in between, with dates for Liverpool, Glasgow, and Manchester all in the diary. You can see the full tour schedule below, with tickets going on general sale on the 11th June!

Their last tour finished December 2019, and just before the beginnings of the COVID-19 pandemic, so for many fans, it could be one of their first gigs back, and it’s sure to be special!

Check out our review of their last tour here