Once again 2000Trees Festival has a remarkable line-up, an amazing sent up and stunning weather. Flick Of The Finger sent Katie Clare, a vocal fanatic of 2000Trees Festival, to the stunning Cotswolds Hills, Cheltenham to report back on some of the weekend’s highpoints.

After a night of rain, our Thursday morning at 2000Trees begins with dissipating dampness and a washed-out sky turning blue. Having enjoyed 2000Trees, the first year of early opening, on Wednesday, so we are pitched up and ready to dive into the line-up that we have been gushing about the past seven months.

Right out the gate, we are spoiled to an astounding acoustic delight in the tranquil shade of the Forest Stage from Holding Absence’s Chris Smitheram, Scott Carey and Lucas Woodland. You don’t expect a genuine weekend highlight on the first day, first thing but we got one. The trio delivers pared-down versions of tracks, each so full of pathos, drama and emotion, you can almost hear the tears hitting the ground. The Forest is full the crowd squeezing in at the sides, necks are craned at multiple angels an effort to witness their performance. The full audience respectfully joining in throughout, although most notably on Monochrome and Your Love Has Ruined My Life. When they conclude the applause is ecstatic and sustained: Holding Absence’s set could have been twice the length and still wouldn’t have been not enough. 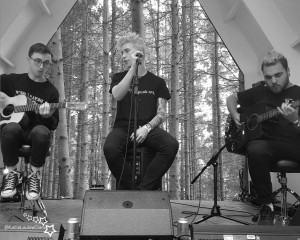 Palm Reader never fail to provide an intense and genuinely exciting set. Last year they were a high spot and this year they took everything even further. A perfectly balanced set opening with Internal Winter: Josh McKeown vocals filling the Neu Stage tent with a powerfully raw tenseness throughout each track. 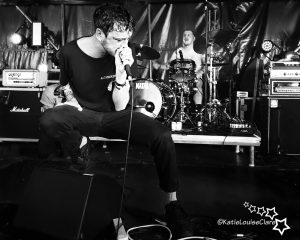 With nine track Holding Absence convey a potent and distinctive sound throughout their somewhat short set but it is skilfully constructed that keeps the packed Neu stage tent transfixed with a variety of intensity. Penence becoming their final track as the stage is plunged into darkness, all sound instantly cutting off and half the band diving into the audience it’s a simple but brilliantly theatrical and effective conclusion. 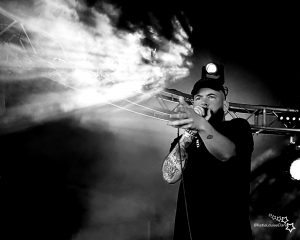 London grime, punk and metal fusers Pengshui start of Friday with a delight of a set. Vocalist Illaman dominates the stage for the duration of the performance, visiting bassist Fatty and drummer Prav as points when the vocals take a break and the beats and harmonies hold attention. With genuine skills, a distinct heavy sound and an engaging Pengshui don’t waste time captivating the audience. Singles, Leave It and Nobody Care igniting the circle pits. Smashing out each of their nine tracks with animation it is over in a snap certainly leaving the crowd enthusiastic for more. 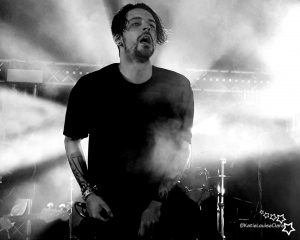 Newcastle’s GroundCulture as always present an invigorating performance of melodic hardcore There’s a raft of heavy guitar riffs, intense rhythms with a powerful vocal performance from Roy Watson. The band’s infectious energy is instantly transferred to the audience everyone is either watching singing along or displaying their appreciation in the pit. 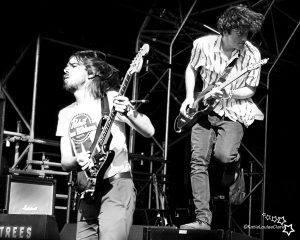 Performance tour de force is a standard for Pulled Apart By Horses. All your senses fumbling as where and what to focus on as Tom Hudson and Rob Lee simultaneously thrash improbable sounds from their instrument while dominating the huge Main Stage. It is a surprise of a set includes older tracks such as High Five, Swan Dive, Nose Dive, I Punched a Lion in the Throat and Meat Balloon, as well as new track, Is This Thing On?. What isn’t a surprise is Hudson and Lee getting up close with the audience on more than one occasion; going as far as allowing one lucky fan on the barrier to take over the vocals.

The Wildhearts really are a talented bunch delivering some classic hard rock and a truck full of varying genres thrown in. Ginger is a frontman through and through whose genuine love of music and performing shines through every moment he’s on stage. Ginger springing a surprise guest vocalist, Frank Turner, for an exuberant version of Let ‘Em Go.

Back in the day seeing As It Is live meant dealing with a horde of toxic screamers but the past twelve months or so. As It Is have re-styled, the screeching mass has moved on, grown-up or just toned it down Thankfully, as this means you can truly hear what As It Is do and what they do they do, they do incredibly well. 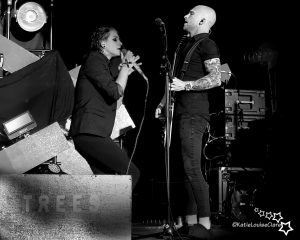 Passionately theatrical, energetic and engaging the band have the crowd in the palm of their hands before opening track The Reaper ends. Patty Walters is a dynamic and enigmatic frontman who uses every inch of the 2000Trees Main Stage to deliver a flamboyant yet engaging physical performance. The rest of the band are not holding back either. Guitarist Benjamin Langford-Biss certainly delivers a saw and we couldn’t stan Ronnie Ish more if we tried: having somehow completed As It Is since he joined.

The As It Is set is principally made up of tracks from The Great Depression. However, the presence of some older tracks like Dial Tones and Soap. As the sun sets As It Is close the set which two of their most poignant tracks The Wounded World and The Stigma (Boys Don’t Cry) powerfully emotive: not requiring any visual theatrics the band play from and Walters sings from the heart after which they leave the stage to cheers of appreciation and rapturous applause.

Scotland’s grungy hardcore grinders Lotus Eater usually deliver as energetic if somewhat volatile and ferocious set. Today their commanding and adamant selves seem somewhat fatigued. The audience though is vehemently wanting to revel, and they manage to keep the energy at a fractious level with The Cave stage tent. Together with forceful versions of Break It and Branded made the set still noteworthy.

The Bottom Line never fails to have everyone instantaneously leaping up and down, hands in the air and singing along. Performing throughout with sharpness and good humour the set perfectly pitched from the opening Reasons through to I Still Hate You and In Your Memory to wrap things up. 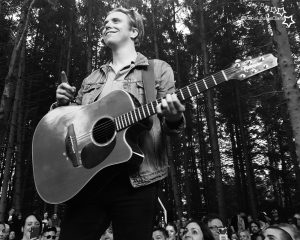 The Xcerts are a 2000Trees staple and you really shouldn’t miss them when they play. This year Murray Macleod takes to the Forest stage for a session solo. The perfect invigoration to those a little festival fatigued as the sun begins to set above the trees. Providing a wealth of good humour with some perfect tunes their slightly melancholic undertones that really solidifies the intimate feeling. Joining the audiences, sharing drinks as he made his way to the centre of the forest area for a sing-along version of Aberdeen. If Macleod had announced he would continue chatting and playing for a couple more hours, you’d have heard no one object.

There are hundreds of superlatives in the English language and we could genuinely use almost all of them in relation to 2000Trees Festival it really is that good, that special and the only bad thing about 2000Trees Festival is waiting 12 months for the next one.

Keep an eye on Flick of The Finger for line up announcements for 2020 and so much more 2000Trees Festival news and information.

Featured image credit Ben Morse. Ben is on Twitter and tweets as @BenMorse and can be found on Instagram as BenMorse. All other images Katie Clare. Please do not remove, reuse or edit images without permission.