There’s a fever coming. Be prepared.

Fever 333 bring their demonstrations to the UK, hitting Birmingham’s o2 Institute2 for an evening of chaotic energy. 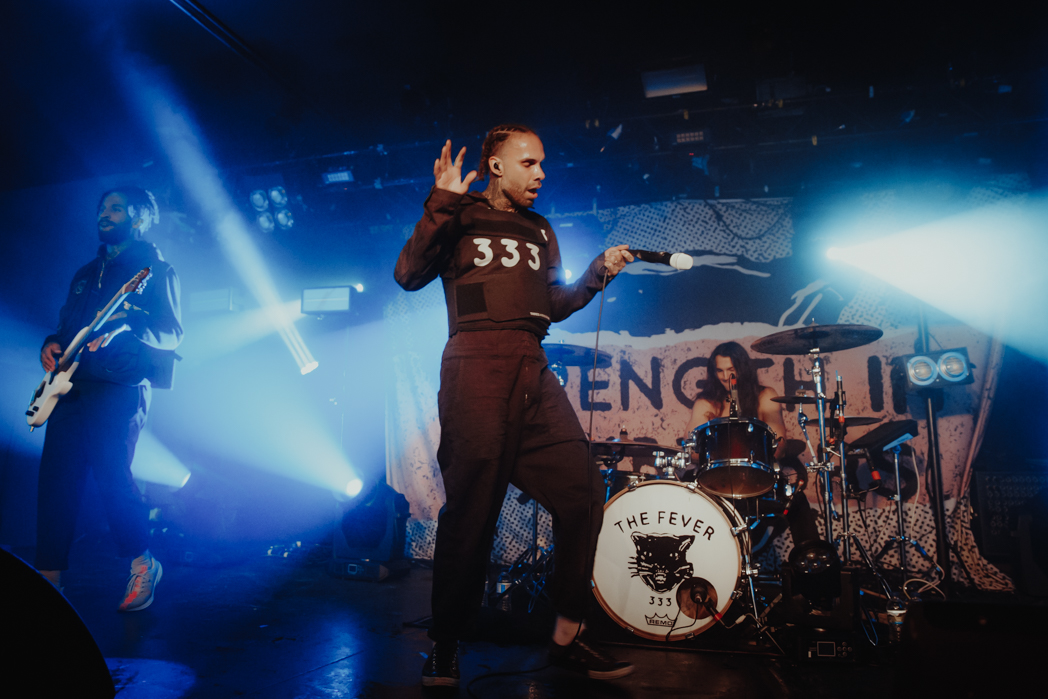 With no support band for the evening, fans entered the room faced with a large curtain concealing the stage.

A buzz of excitement filled the venue, as some eager fans had been waiting outside the venue hours beforehand. Various old-timey music played over the PA speaker as the time passed, a docile choice for what was to be expected.

As the lights dimmed, the crowd began chants of “333” to the intro, watching the silhouettes of the band flash from behind the curtain. As the curtain dropped, Fever were seen manically jumping around the stage, taking no time at all to jump straight in to “Made in America”. Unruly, but in the best way.

Fever 333 are a band who you just can’t take your eyes off. As Ex-Letlive. frontman Jason Butler is known for his dynamic stage presence – and Fever was no exception. Almost throwing himself around the stage, Butler and guitarist Stephen Harrison weaved in and out of each other, with the audience keeping up with every single step of the way.

Coming up on to the balcony for a piano rendition of “Am I here?”, Butler first played up to the crowd as someone shouted to play Wonderwall. There wasn’t a moment lost in the evening, as a grin constantly graced the face of him. But of course, as the song came to an end and Butler made his way back to the stage – would it really have been a Fever 333 show if he hadn’t climbed on to some sort of beam during the encore and jumped in to the crowd? 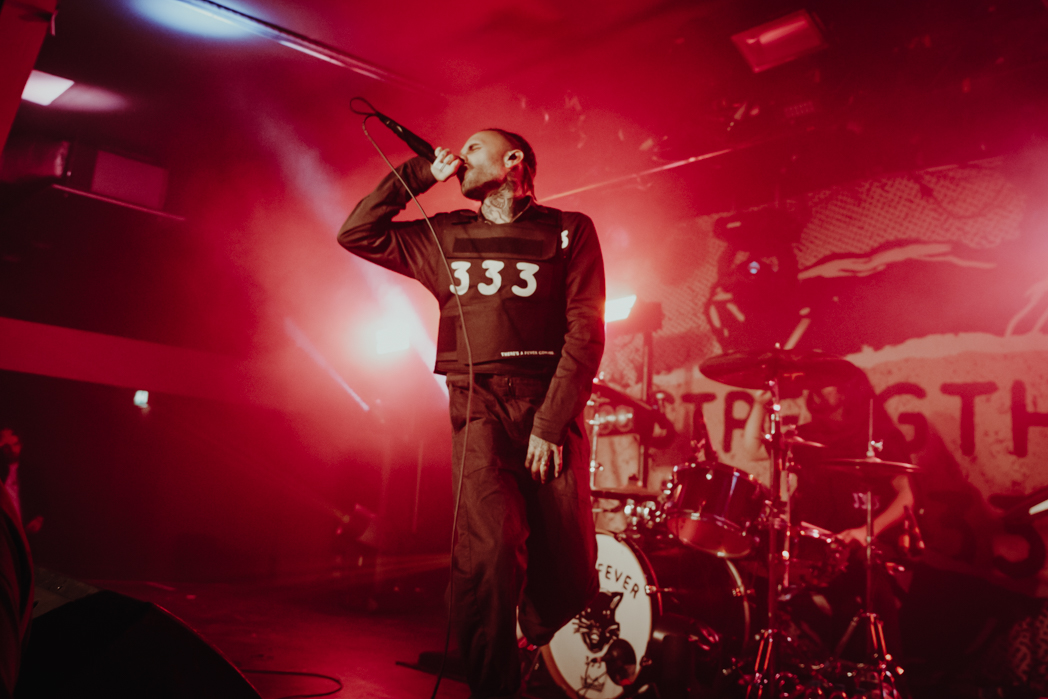 Fever 333 were truly a highlight of gigs this year. Not one person was stood still in that room, and the whole band had the crowd captivated. Their ‘demonstration’ was a real demonstration of how much power they had – and I really hope to see them again soon. 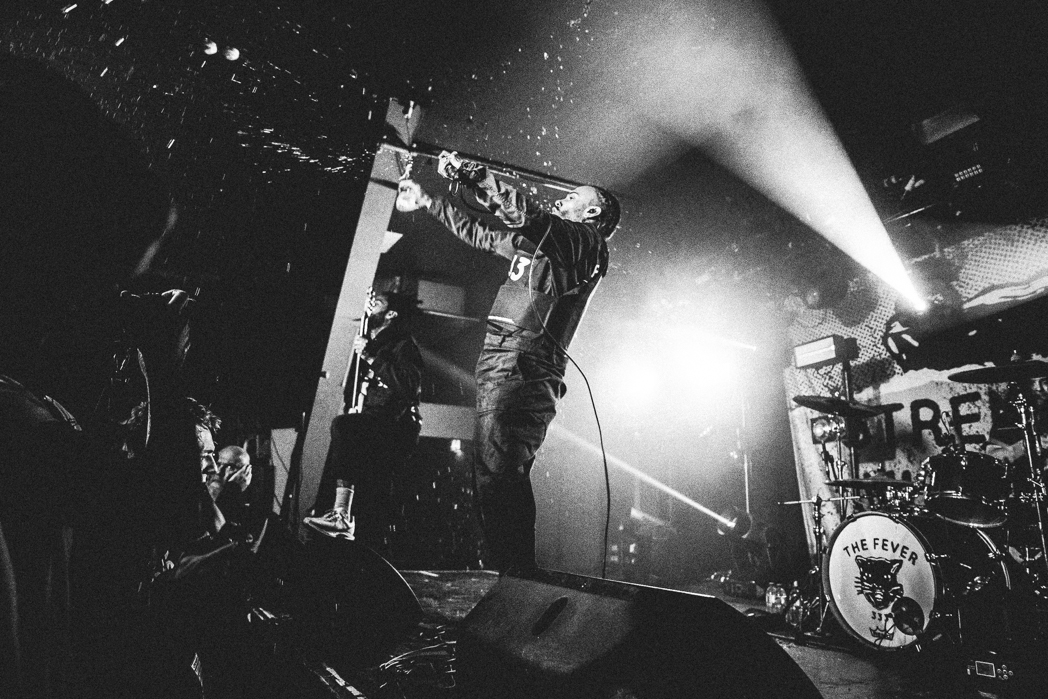