A Chilled Night Of Atmospheric Music.

A busy night at Manchester’s many venues, but Jake Bugg still managed to pack out Manchester Academy for an incredible show.

Jake Bugg is one of the biggest solo artists in the indie/alternative music scene. His incredible talents have been compared to the likes of Bob Dylan, and his ability to grip a crowd when he performances hasn’t gone unnoticed. Tonight, he proved just how capable he is of doing what he does best, playing his incredibly well written music to a bunch of adoring fans.

After two strong supports from Maisie Murray and O.N.R, the crowd were warmed up and ready for Jake Bugg to take to the stage with his incredible band, and deliver some of the finest music around at the moment. From ‘Trouble Town’, to ‘Ballad Of Mr John’, ‘Lightning Bolt’ to ‘Broken’ his set list showcased his incredible ability to be young and energetic, but also his fantastic skill for writing songs which just grip the audience, leaving them completely in the moment, even if it is just for a few minutes at a time. 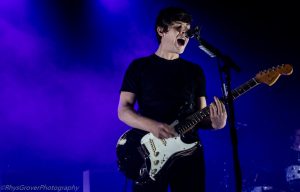 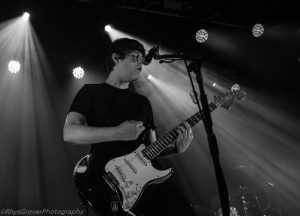 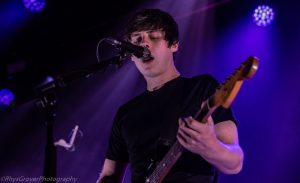 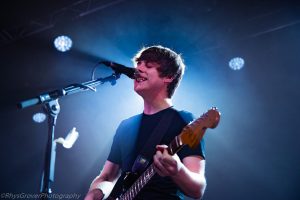 Going into tonight’s show, I was wary of what the energy levels would be like, I was expecting a much quieter affair to what I am used to, and whilst it may not have been full of mosh pits and flying pints of questionable fluids, it was one of the best gig atmospheres I have ever been a part of. Everyone was there to enjoy the music, to respect the artist, and to be trapped in many moments of sheer bliss as Jake Bugg delivered his delicate lyrics and soft acoustic guitar, but at the same time, everyone was ready to dance around and sing at the top of their voices when Bugg donned his battered black Start and delivered his more upbeat tracks. 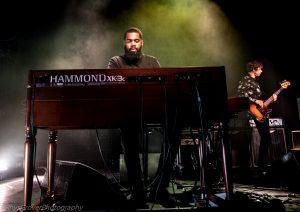 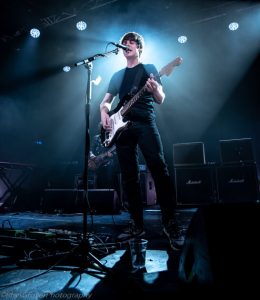 It’s the ability to have those two opposite types of track fit side by side in a set list which sets Jake Bugg apart from the rest, and the way he delivered his music to the people of Manchester really showed just how good Jake Bugg is at what he does.