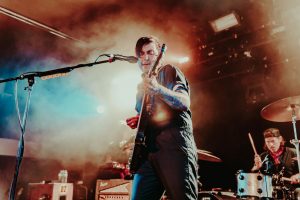 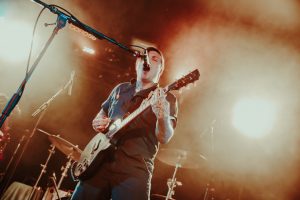 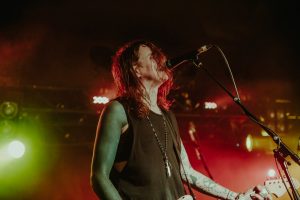 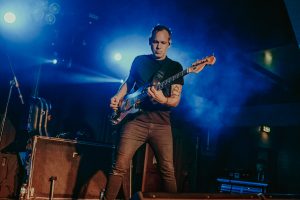 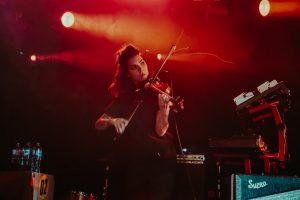 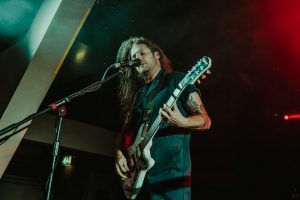 What do you get when you get two alt-rock bands teaming together for a co-headline tour? An entertaining night of raw energy and enthusiastic fans.

Bringing along Mobina Galore as support, Laura Jane Grace with her band The Devouring Mothers and Frank Iero with his Future Violents collided in a whirlwind of vigorous power.

Gracing the stage in navy-blue jumpsuits, the Future Violents took their respective places, moments before Iero himself entered. Taking no time at all to jump in to their first track of the set “Moto Pop”. Having 5 members on stage seemed like a bit of a squeeze, but each member bought their own unique dynamic presence to the evening.

As this was a co-headlining tour, we got the pleasure of almost a full set from Frank Iero and the Future Violents, giving the band time to really dive in to the discography of the former My Chemical Romance members various named projects. With a viciously loyal fan-base, Iero’s set ended up with an honourable amount of crowd surfers, each one with contagious grins on their faces. A fun set, with considerable energy from both band and audience.

Laura Jane Grace and the Devouring Mother’s took to the stage next, pushing straight in to “Apocalypse Now (& Later)”. The trio had a lot of space between them on the stage, which made it easier for the audience to watch each member power through the set. The dynamic between the trio was undeniable, as smiles were exchanged here and there throughout their tight-knit set.

Grace’s friendly and humbled stage presence made the night feel more intimate, as if she was talking to a room full of old pals. The evening felt relaxed, a place of no judgement. With witty commentary between Grace and the audience, it made for a very easy and entertaining watch.