What a night of powerful guitar bangers and insane stage presence from all three bands.

Clearly influenced by the likes of Royal Blood, Queens of The Stone Age, and Alice In Chains types, Bloodhound displayed some great stage presence and performed some of the most powerful guitar based music we’ve heard in a long time – great to see, watch and hear on a Thursday evening at the end of a miserable January.

With an album about to drop and more live dates across the UK, Bloodhound are certainly a band we’ll be keeping a close eye on in 2020. Watch this space. 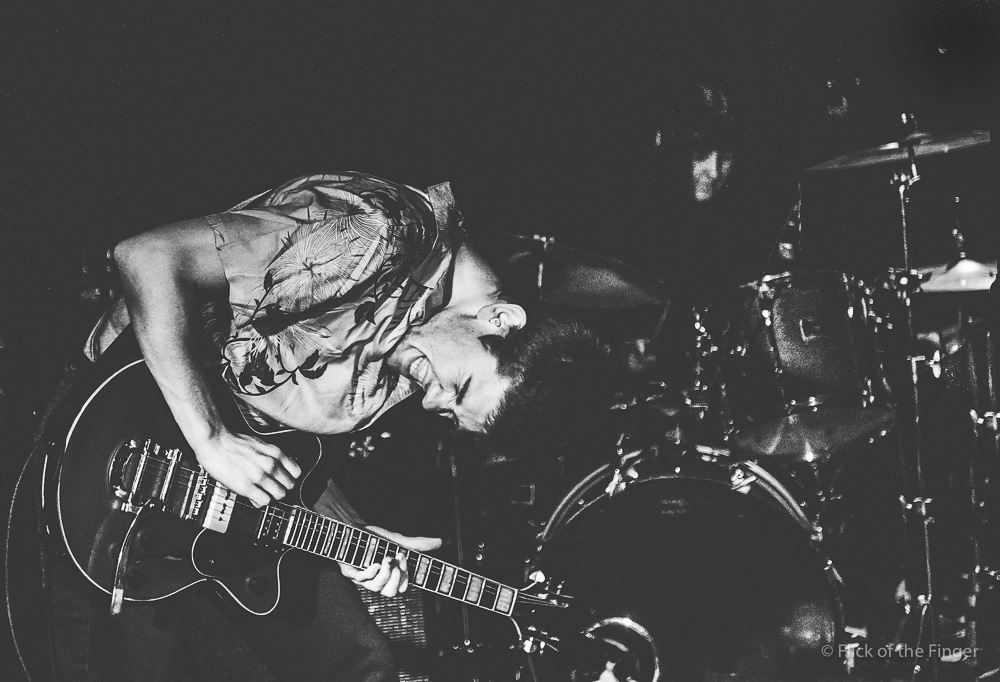 If Bloodhound didn’t warm you up good and proper, then you were in the wrong place! Leeds/ Notts, Grunge / Psych band, Brooders, up next!

Not without a couple of tech issues before getting started, causing frontman Adam Bairstow, to crack a few engaging smiles, the band kicked off their set with an array of loudness!

Forceful, rock-ribbed mayhem, backed up with another set of powerful riffs and penetrating vocals from Bairstow, occasionally displaying a slight resemblance to that famous and poignant glare of Ian Curtis. What more do you need – go check the band out when they’re next in town and get your fix of loud rock n roll. 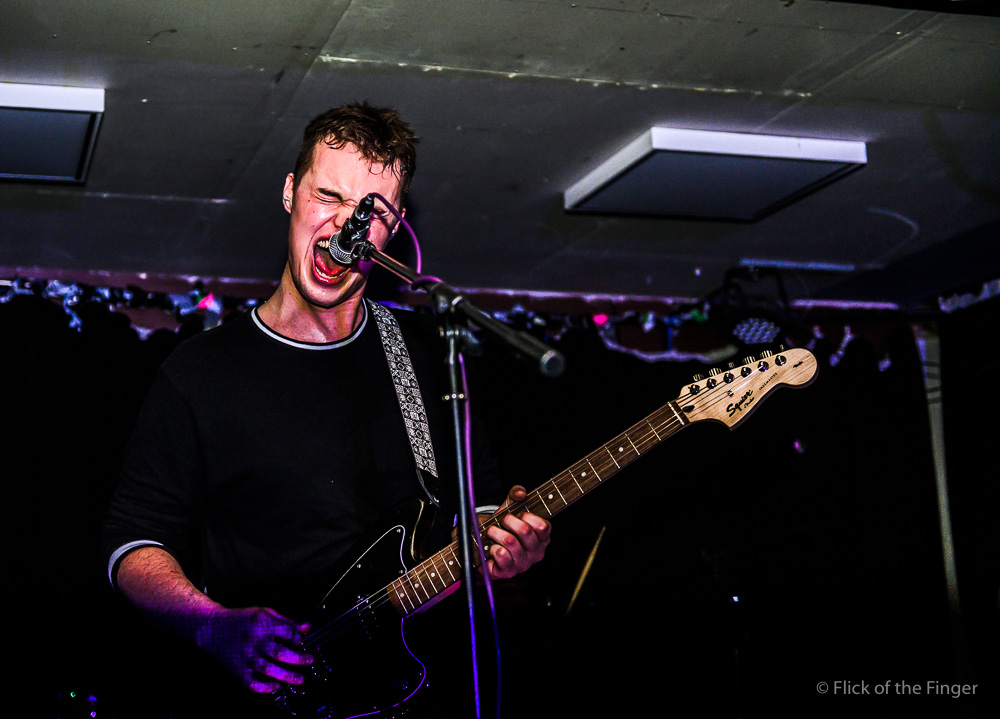 To finish the night was, Faux Pas; noun ‘an embarrassing or tactless act or remark in a social situation‘, well…

…As far as cool band names go, Faux Pas are a band we’ve been meaning to catch for a while now and they didn’t disappoint.

Hailing from Manchester and York to complete a friendly battle of the roses evening, the self described three piece say ‘Faux Pas will claw their way into your every waking thought and make you beg for more.‘ I’m not sure about the begging part but I was certainly immersed in the bands ownership of the stage and delivery of vocals, only to be matched their overall sound. 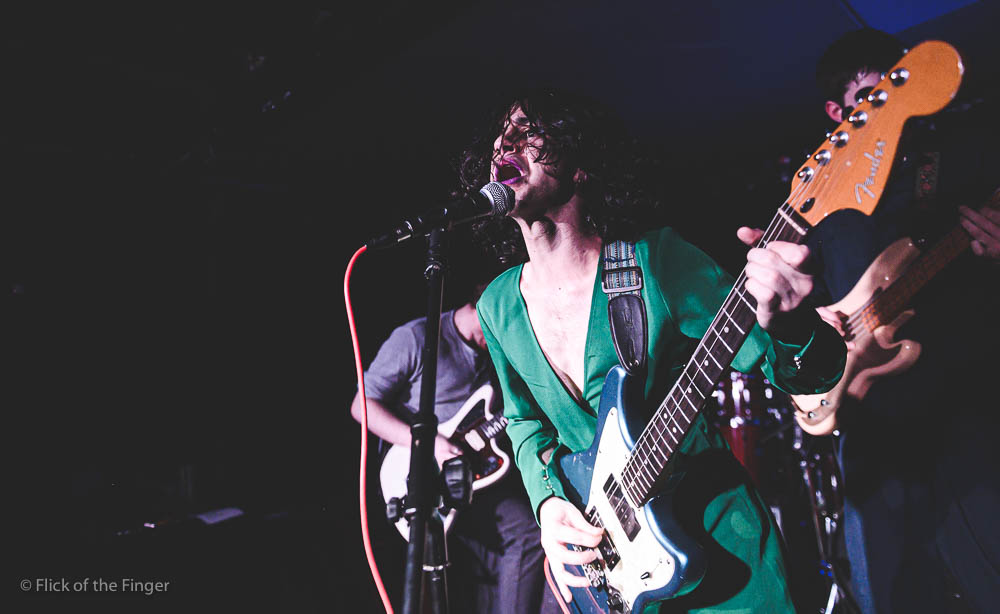 Using every inch of the 5×6 stage, the lads perform a solid 45 minute set, hustling their own unique brand of twisted Indie Punk, fashioned in a green dress, pink lipstick and boiler suits.