Every so often you seem to come across a real buzz on the Manchester music scene, a movement that relentlessly gathers pace, sweeping everything ahead of it into a massive wave of anticipation. Well, it is one of those waves that has propelled tonight’s headliners The K’s into a sell-out gig at Manchester’s Ritz.

SYFTA are the first support act, delivering a powerful but too quick session, to an already quite full Ritz. Hailing from Warrington and under the capable hands of Scruff Of The Neck, this will be a band to watch soon.

Main support came from the ever-improving Narrow Margins, a band I have seen now on several occasions, each time progressively improving, as they have developed so has their style, still deep-rooted in Post-punk – early indie grooves, The Undertones always come to mind, as they perform, as usual, they have brought their own army of fans to enjoy and participate for the evening, as they have been developing so has the style slightly with the outing of new work which I must say has a certain maturity, shades of The Primitives and Jesus and Mary Chain, went down well with a buoyant and boisterous crowd. Do not be surprised to see these guys headlining this venue in the not too distant future.

As The K’s take to the stage the Ritz is pumping, once again another sell-out crowd something they have managed to achieve on their way to tonight,1500 fans are ready to rock the house. There is an air of expectancy the band have built a reputation and following on delivering performances both powerful and totally infectious.

Whilst it’s not difficult to see the influences the band favour, The Jam and The Strokes, the band have their own style and it certainly suits them, what they do draw from their influences is simple, go out there perform to your best but most of all have fun. That’s The K’s to a T.

In Jamie Boyle they have a frontman who loves to engage the audience, something he does with real ease, a vocal prowess that has you engaged throughout, whilst on bass Dexter, struts the stage delivering a powerful show of rhythm and style, going through the catalogue of songs the enjoyment of the band and the crowd is flowing around the venue. Although he is at the back of the stage Jordan on drums is definitely the heartbeat of the band, the one who keeps everyone in check and calls everyone to arms. Lead guitar is delivered by Ryan, his playing and laying down of riffs is as enigmatic as his style, as a band they are a real tight unit, everything you need is there for all to see.

The K’s are on the crest of a wave, certainly a bright future ahead of them, the momentum is well and truly with them, I along with many others will look back on this gig and herald it as the springboard that launched them into the national mainstream. 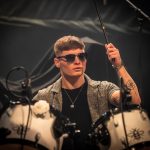 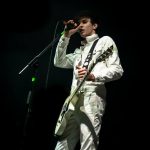 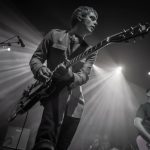 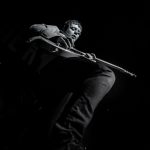 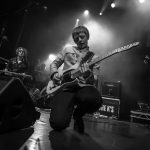 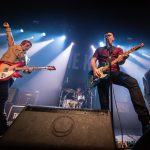 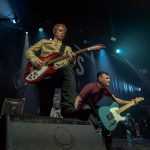 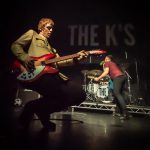 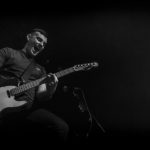 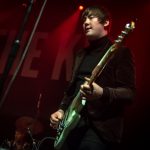 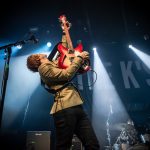 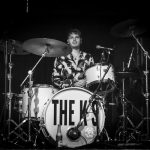