Buzzcocks Rolled Back The Years In Manchester

The band are currently touring the UK

Buzzcocks are listed as one of the greatest influences in the Manchester music scene, with some claiming that without the band, the likes of The Smiths and Radiohead wouldn’t have existed. Since forming in the 1970s, the band have gone through a few different line up arrangements, and due to the passing of Pete Shelley in 2018, the only original member of the band still performing is Steve Diggle, with a selection of backing musicians taking  up positions on drums, guitar, bass and backing vocals whilst Diggle takes lead vocal and doubles up on the guitar. 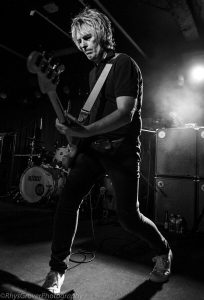 When I saw this gig get announced, I was eager for the date to come round in the calendar, as it’s quite surreal that you can witness one of Manchester’s most important bands take to the stage in one of the cities smallest venues. I arrived at Manchester Academy expecting it to be in either the main venue, or Academy 2, however it was the small yet mighty Academy 3 which was playing host to Buzzcocks for the night. The venue was filled out nicely, although there were still some tickets available for the gig.

Throughout the night, Diggle and co had picked out a strong selection of tracks from the extensive catalogue which Buzzcocks have to offer. The decided to open with ‘What Do I Get?’, a track which is one of their more popular, and was a good opener to set the tone for the night ahead. Playing around 24 songs, there weren’t too many songs missing from the setlist, and fans got a good sample of the band’s discography. 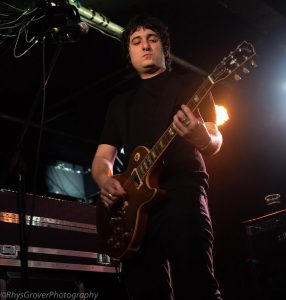 Diggle may be in his mid 60s, but he is punk through and through, and still makes all the effort to put on a captivating show. Having lost a few members, especially one as tautened as Pete Shelley, I was unsure of what to expect, however the sound was spot on, the atmosphere was great and energy was high. It’s the first time I have seen the band performing, and I’m glad I can now say I have seen Buzzcocks perform live.

You can grab tickets for the remaining shows here https://www.buzzcocks.com