Manchester’s Albert Hall Was Alive With An Incredible Atmosphere

Brooke Combe is accompanying Miles Kane throughout the tour

As Summer lingers around the corner, Manchester has been basking in some nicer than usual weather recently, and the Albert Hall is a fantastic venue when the skies are bright, as the stained glass windows light up the crowd and the stage and it’s like being at a festival. I got down to the venue around 10 minutes before Brooke Combe took to the stage, and her name is one I’ve been hearing more and more of recently, and now I know why. Brooke has a style, swagger and presence like very few others, her incredible voice lit up the venue, and the fans in the crowd who knew her material were more than happy to help her along and show their encouragement. 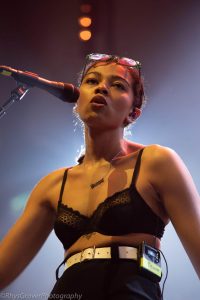 The rest of the crowd were clearly enjoying the set, and getting involved when they could, and then she delivered something I don’t think anyone was expecting, a cover of Arctic Monkeys’ “Why’d You Only Call Me When You’re High?” which was fitting given Miles’ connection to Alex Turner through their Last Shadow Puppets project.

A quick turnaround whilst the venue filled up, and it was soon time for Miles Kane to take his place on stage and do what he does best. He opened his set in the same way he opens his latest album, as the Paul O’Grady opening echoed through the speakers as the band filled the stage. One thing about Miles Kane is his incredible energy which spills from the stage, infecting the crowd and getting the venue bouncing right from the off. It’s been a while since I’ve been in the pit dodging the flying pints coming from the crowd, and in a strange sort of way, I’ve missed it, it’s a sign of a great gig. 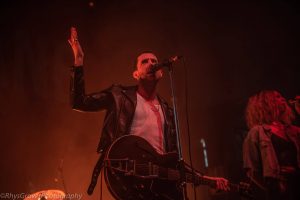 The setlist for the evening was, for the most point, just his solo material, but on this tour he has been bringing out some of the rarer tracks from The Last Shadow Puppets. It’s always a bonus for the fans when they hear some material they may not have otherwise been expecting, and the occasional track from TLSP made the energy be turned up a notch or two, and the atmosphere got better and better throughout the night, rising to an incredible crescendo for the encore.

It’s not all that often that someone from Merseyside will receive such a warm welcome in Manchester, especially days after such a closely ran final day in the Premier League, but Miles Kane will always be loved by Manchester, as he is the epitome of what music in Manchester is all about. Energy. Passion. Swagger.